By Eleonora BaldwinNovember 10, 2021No Comments

It’s a pasta! It’s a soup! It’s a one-pot complete meal! Do we really have to classify a recipe knowing it’s the superhero of the Italian fall table? It’s true, pasta e ceci wears many hats: it qualifies as a pasta asciutta, but it’s also a soup. Given its carb (pasta), fat (olive oil) and legume protein (chickpea) composition pasta e ceci also a complete meal dish. Talk about super powers…

Pasta e ceci is a hearty dish of creamy chickpeas mixed with odd bits of pasta. It’s also one of my favorite soups for all seasons. A steaming bowl can replete lost energy and warmth in frosty winter nights; while the chilled version refreshes with each spoonful during sweltering Roman summers. My mom’s rendition is by far the best I’ve ever tasted, I’m sharing her recipe here.

*peeling chickpeas is a nuisance, but makes this dish (and hummus, too for that matter) so much creamier. You can use the discarded chickpea skins for compost.

Prepare a mazzetto odoroso (the French call this “bouquet garni”) by placing the rosemary and the garlic in a knotted cheesecloth or gauze. I do this because I personally don’t like picking the rosemary needles out of my bowl, but you’re welcome to skip the pouch system.

Whir half of the chickpeas in the blender and set aside.

Put the rest of the chickpeas and the remaining ingredients – except the stock and puréed ceci – in a large stewpot, and bring to a boil. Reduce the heat and simmer lightly for 1 hour over a gentle flame, seasoning to taste.

In a small saucepan, heat 2 tablespoons each of olive oil and flour and cook for 10 minutes, stirring constantly over very low heat. Add 1 ladle of vegetable stock to obtain a creamy, white sauce. Stir this magical concoction into the simmering soup, along with the blended chickpeas. At this point remove the herbal pouch.

Add the pasta, cooking it directly into the soup, until done. This will extend the pasta’s cooking time, because it cooks faster in water, and slower in a thick soup.

Note: For the chilled, summer version, simply reserve 2 cups of creamy broth aside, cool the soup down before refrigerating, and then add the re-hydrating broth back before serving (otherwise the pasta will continue to absorb the liquid long after cooking and become too thick). Enjoy! 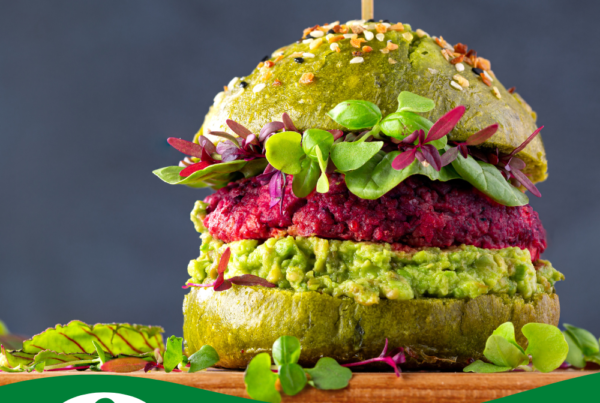